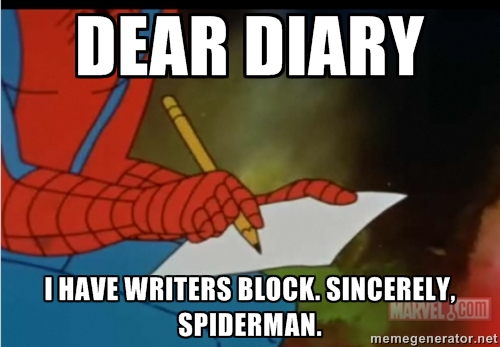 Here’s an itty bitty film that’s crazy funny and extremely well done. Watch it, then let’s talk it over.

So, here’s the thing. Drama is very simple, when you get down to it.

You have to dance on the knife’s edge of normalcy, push boundaries, tell uncomfortable truths. Be edgy without being offensive, insanely creative without coming off as insane.

Humor doesn’t have easy formulas, and the risks are far greater. Jokes fall flat. Things that seem hilarious in the writing room go nowhere, while little throwaway bits turn into comedy gold. You can’t predict it.

So let’s talk about three little things before the Big Thing that I noticed in this short film.

First, they dispense with names, with one exception: the delivery service logo.

A typical story would be awash with names. If David Lynch was doing this, DUNE style, the floating head of a princess would be on screen for five minutes, telling us the name of the planet, its ruler, the strength of its army, the name of the alien who’s supposed to get this package delivered and so forth. Then we’d get all kinds of voice-over about the delivery ship and how it travels through space-time using dark matter or whatever.

Second, there’s no backstory. No flashbacks, no explanations, nothing. The makers of this short film know backstory is irrelevant when they’re showing everything now, as it happens. If you’re explaining, you’re losing the storytelling war.

Third, no dialogue. Maybe you could argue about the aliens saying things we don’t understand, but no, that doesn’t count. It’s like the opening half hour of WALL-E, which was brilliant without a single word of dialogue.

So: no backstory, no names and no dialogue. What’s the Big Thing they did?

These filmmakers maximized the gap, creating chasms between expectation and result from BOTH directions. They were constantly, creatively, always raising the stakes from the POV of the space delivery man and the aliens.

That gap usually exists only for the hero. The villain knows exactly what’s happening and why. He’s not surprised at all.

It’s the hero who’s fumbling around, wondering what the hell is happening, and only at the very end does the villain have any gap between expectation and result, because the villain expected to shoot the hero after his monologue, not get thrown down a bottomless pit.

Most films and novels stick to that unwritten rule: No Surprises for the Villain, because surprises are precious and reserved for the hero. We don’t usually see the villain failing or being confused. If we see things from his POV at all, the villain is doing deliciously dastardly things and doing them well, because that makes it harder on our hero.

In this film, the gap grows wider and wider from both points of view until it can’t get any bigger, and they’re doing something interesting with the gaps: not only is each gap funny, they also raise the stakes every time until the climax.

Could you make it even worse for the alien planet than being Death Star’d at the end by the delivery ship’s main engines? No.

The opposite of this happens in bad Saturday Night Live skits, which are bad for a very specific reason: they latch onto a single funny idea like a lamprey eel, then do it seventeen bazillion times until it’s time for a commercial break so we can get educated about the new formulation of Head and Shoulders.

Those bad kits aren’t funny because of a structural problem. The gap doesn’t grow bigger. The stakes don’t get raised. It’s repetition without a purpose.