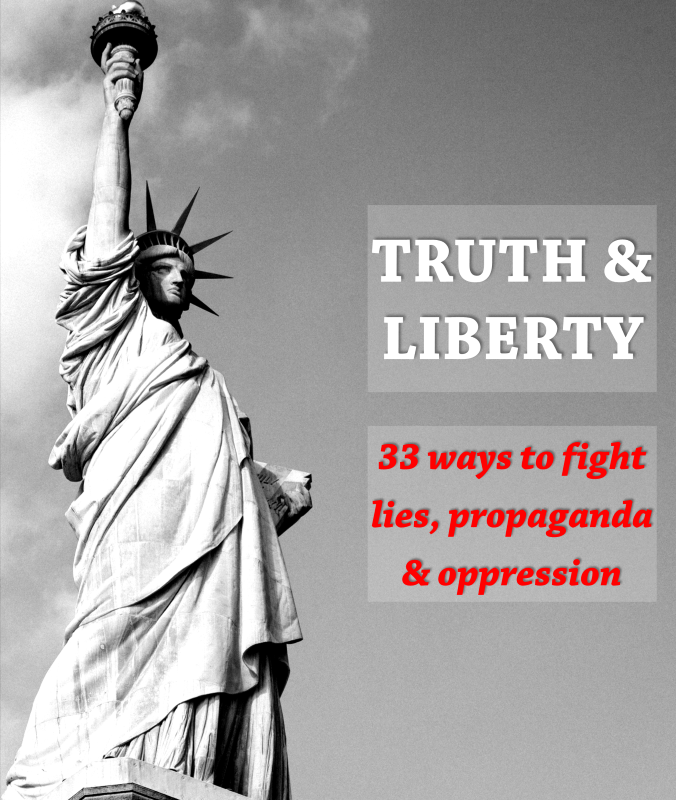 This is the third of five chapters from TRUTH AND LIBERTY: 33 WAYS TO FIGHT LIES, PROPAGANDA AND OPPRESSION.

There’s a different battle happening behind the curtain. Oppressive regimes want the press and public to be distracted by manufactured fights, brazen lies and Fear of the Other while they wage a hidden war against independent institutions, personal freedoms and the rule of law.

This chapter is about that hidden fight and how to organize against it. 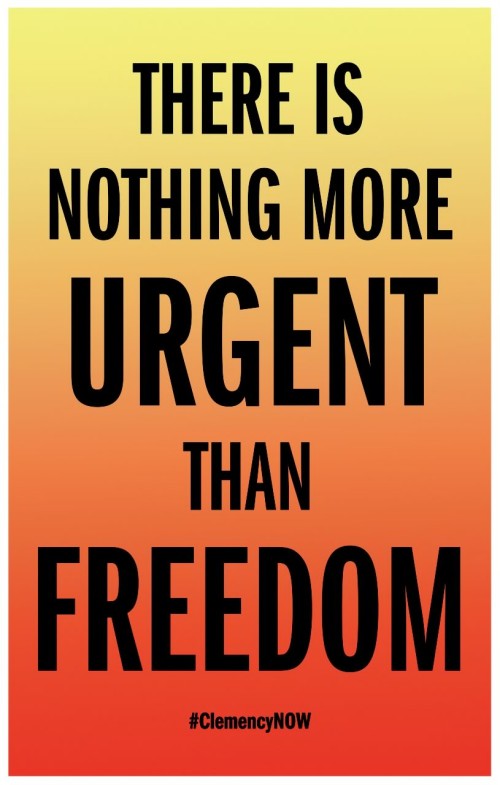 Step 15. An honest look at the landscape

It’s a myth that nations of today are static and unchangeable. During times of economic upheaval and war, solid democracies have slid to authoritarianism, while tyrants who seemed like invincible monoliths have fallen to the power of average people fighting to govern their own fates.

There are three basic forms of government:

For thousands of years, Rule of the One was the default. Whether you called them king, queen or warlord, the essential idea was the same: absolute power concentrated in the hands of a single person.

Lies, propaganda and oppression are the tools of tyrants. While the technology may be new, kings and dictators used these strategies and tactics for thousands of years.  Because if you control what people hear and see, you can control what they do.

Rule of the Few isn’t necessarily gentler, with modern autocracies often switching to this form long after kings and emperors fell out of fashion. Modern, mixed system can be just as oppressive as the absolute monarchies of old.

There are still countries where insulting the ruler can mean a prison sentence, where journalists who write critical stories are harassed, jailed or assassinated. And where opposition leaders who dare to treat elections as real contests face sham trials and stuffed ballot boxes.

Look at the chart and assess of where your nation stands: 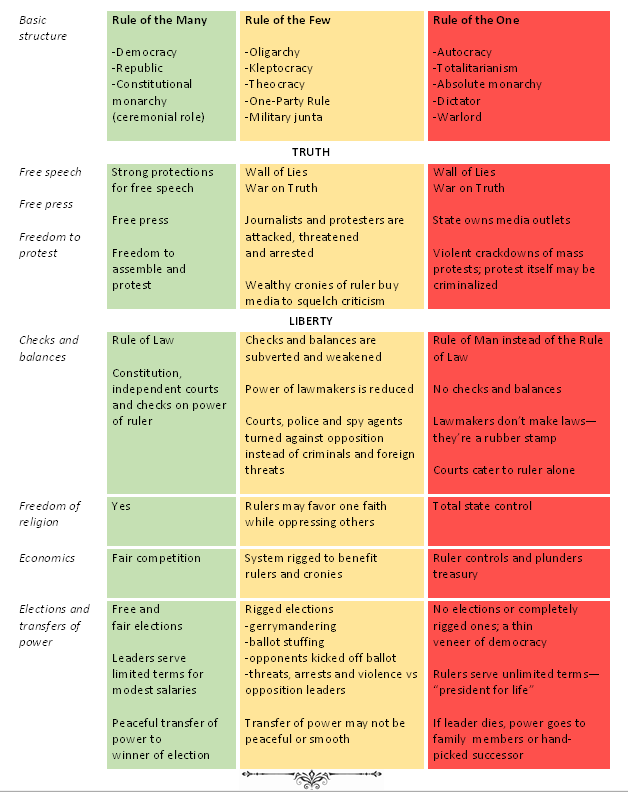 Is there free speech or censorship? Do you have independent media or state-owned propaganda?

Are elections fair or rigged? Is the economy based on merit and competition or connections and corruption?

Do people have legal rights and liberties along with the rule of law or is the legal system beholden to the regime and the Rule of Man?

Step 16. Identify your audiences, then listen

The first rule of rhetoric is, “Who’s your audience?”

In democracies, it’s typical to think you only need 50.1 percent of the population to win. That’s only true when elections aren’t rigged.

With an oppressive regime, you must reach out to every possible audience, to make a clean break between the rulers at the top, their cronies and the other 99 percent of the population.

That’s because even if you’re fighting for truth, liberty and democracy, saying those words won’t truly resonate with a wide audience. Those ideas are lofty and don’t immediately connect with everyday life.

Listen to a wide swath of people—not just those who already agree with you—to find out what bothers them, what they fear and what want.

By their nature, oppressive regimes create strict rules that annoy the people they rule. Try to identify small, everyday annoyances faced by each major audience. Organize actions that target those symbolic fights that annoy each audience.

Blue-collar workers—This is the base of most autocratic regimes. They work hard just to pay the bills. Is the regime following through with their promises? Have things gotten better or worse—and what kind of dreams do they have for their children?

Business owners—Corruption doesn’t just happen at the highest levels. An oppressive government often requires average people and businesses pay extra to government officials every step of the process. Nobody enjoys being extorted like this.

Seniors—Seniors may remember personal freedoms they enjoyed, and fought for, decades ago. They might fear having their pensions and health care being slashed. Finally, they may worry about their children and grandchildren being abused and oppressed by the regime.

Kitchen table economics—Oppressive regimes are willing to hurt the overall economy to enrich themselves and their cronies. They don’t pay the price for this. You and your neighbors do. Corruption means artificially high prices and shortages of basic goods. It also means corporations with connections feel far more free to poison the environment or rip off their customers without fear of being held accountable.

Well-educated professionals—No modern society can function without engineers, professors, doctors, lawyers and other professionals. College students, professionals and skilled bureaucrats are likely to have travelled or studied abroad and tasted real freedom. Censorship, corruption and oppression will grate on them, no matter what their political views are.

Targets of the regime—Members of religious, ethnic or sexual minorities will face the worst smears and oppression.

The general public—Paranoia come with a price. Nobody likes the feeling that their email, phone calls and private conversations could be listened to by the secret police, or that they could be thrown in jail for something they said that offended rulers. And censorship is no fun. People today enjoy music, books, TV shows and movies from around the world, if not the internet itself.

Autocratic regimes will block or censor anything they see as a threat. Something as simple as leaving paperback copies of banned books in public places is a powerful symbol of rebellion and freedom.

Still another danger is represented by those who, paying lip service to democracy and the common welfare, in their insatiable greed for money and the power which money gives, do not hesitate surreptitiously to evade the laws designed to safeguard the public from monopolistic extortion.

Their final objective toward which all their deceit is directed is to capture political power so that, using the power of the state and the power of the market simultaneously, they may keep the common man in eternal subjection.

They claim to be super-patriots, but they would destroy every liberty guaranteed by the Constitution.

They are patriotic in time of war because it is to their interest to be so, but in time of peace they follow power and the dollar wherever they may lead.

You can get a message out with images, words or film. Truly changing somebody’s opinion requires listening to their fears and dreams, their ideas and questions, and talking through things over time.

There are three types of audiences:

And there are three stages to persuasion:

Use these concepts as tools for organizing and targeting your message.

Neutral audiences: This is the only situation where you  go through all three steps of trying to change their mood, change their mind and get them to act.

Don’t expect to flip audiences all the way from hostile to friendly. It’s a victory to move any audience one step.

Friendly audiences: Throw out the first two thirds of your standard speech or outreach effort. They already agree with you. Focus all of your time on figuring out ways to partner up and get things done.

Every day in countries unfortunate enough to be ruled by a lone dictator, people are constantly subjected to the Supreme Leader’s presence. …He begins to permeate your psyche and soul; he dominates every news cycle and issues pronouncements — each one shocking and destabilizing — round the clock.

He delights in constantly provoking and surprising you, so that his monstrous ego can be perennially fed. … Somehow, he is never in control of himself and yet he is always in control of you.

Step 18. Match your message to your audience

Friendly audiences should be identified and recruited to get the work done.

Neutral audiences are people on the sidelines, not supporters of the regime but afraid of taking steps that might get them in trouble. Or they’re simply busy trying to pay their bills and survive.

With a neutral audience, you’re trying to move them to friendly.

They may not commit fully to the fight. Any sort of support, though, is better than sitting on the sidelines.

Hostile audiences include average who support the regime, police, soldiers, judges and bureaucrats carrying out the ruler’s orders.

No regime can survive if their base of support among the working class turns against them.

And even the most repressive ruler is powerless if the opposition convinces local police, judges and soldiers—your neighbors and friends—not to obey unjust orders to attack or imprison peaceful civilians.

The most powerful messages won’t come from friendly audiences, but from formerly neutral and hostile audiences who explained what changed their mind.

When you’re targeting audiences, think of that journey and how you’d want to be approached and persuaded.

It’s not with lectures or a flood of facts, but through listening first and using powerful narratives. 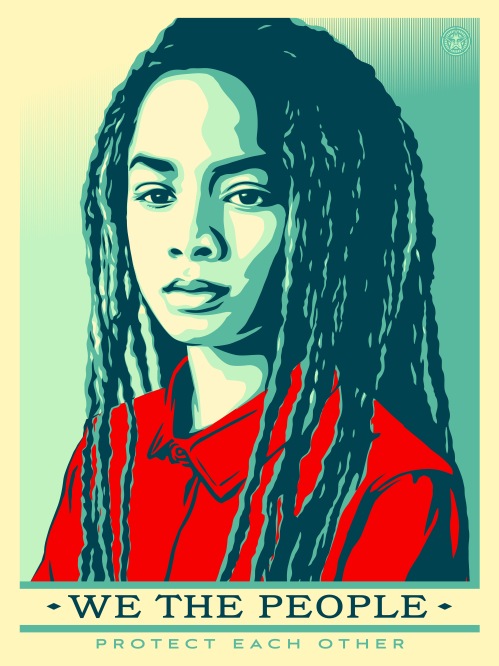 If you don’t pick a symbol and do some branding work, the regime will brand you.

Successful political and opposition movements tend to pick a common object as a symbol that any person would grab from their home and use to show their support. In some countries, it’s been a color.

Common objects that became symbols include:

Keep the symbol of the opposition simple, non-threatening and easily available to anyone.

Every oppressive regime has pillars of support that they rely upon, with some stronger than others.

Identify and organize on each of those fronts: 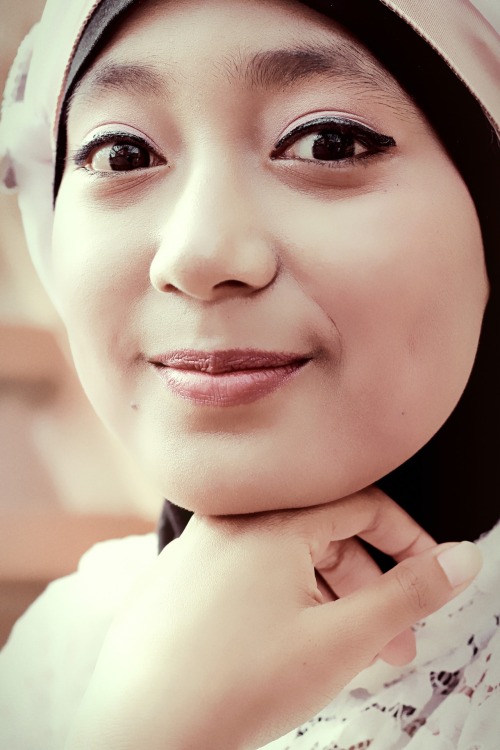 You don’t need to have a background in journalism or rhetoric to understand and use simple, fundamental concepts of message.

Whoever attacks the status quo wins—Oppressive regimes try to win this debate by generating Fear of the Other. Reframe the debate by attacking the status quo and all the ways the regime makes life hard on everyday people.

Swing for the fences—The animal rights group PETA relies entirely on earned media. They take wild risks knowing that most of their public relations efforts will fail. Because it doesn’t matter. All it takes is one grand slam success to get massive media coverage.

Repetition is also key to getting your message to cut through all the noise.

Keep repeating simple messages. Over and over.

Be where your audience is—Decades ago, there were only a few major TV stations and radio networks in most countries.

Today, audiences are fragmented. Some people get their news only from the internet on their phone.

Others listen to the radio, watch cable TV news, only read newspapers or get their news from social media.

Dominating your favorite platform won’t win the day, no matter how skilled you are in that area.

To reach every audience, be where they are.

Next week—Chapter 4: Winning the War on Truth

Download the full PDF by clicking here or on the photo below. The guide also has a permanent home at 33ways.org 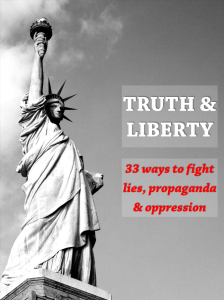