2002 Hyundai Elantra simply refuses to die. Comes in any color you want, as long as it’s black. Invisible at night. Unflinching in the rain. This automobile eats gas and spits out miles.

Automatic transmission and cruise control, with airbags out the wazoo.

Comes with an Obama bumper sticker and Smith & Wesson wheel grips, both removable, by why? It’s already perfect for a liberal who packs heat and needs cheap, reliable transportation. You can roll down the window and drive with one hand as you shoot zombies, if there are zombies to be shot, and you can do it IN THE SNOW, because for some reason, the Epic Black Car flies over snow with total control.

This auto has travelled 165,000 miles without a major hiccup. That’s like circling the world a bunch of damn times without exploding.

It was lovingly constructed in 2002, right when Hyundai stopped making crap and started producing cars just as reliable as Toyotas, but without the extra feature of uncontrollable acceleration to 8.35 gazillion miles per hour, followed by a rousing smash against a highway underpass. (Note: I’ve owned Toyotas and this problem seems to be fixed. Carry on.)

The Epic Black Car can hit 8.35 gazillion miles an hour in a controlled fashion and bring you to a nice gentle stop, because it has new tires and brake pads, and because it likes you, unlike other cars that try to kill you like a horse bucking off a rider or a bull shark biting your body in half, when all you’re doing is swimming along in a black wetsuit that makes you look exactly like a seal.

It’s got a stereo with CD player and speakers that go to 11, air conditioning for the four days a year that it’s hot in the Pacific Northwest and wiper blades and a unique waterproof ROOF for the other 361 days when it rains.

It’s got bucket seats and floor mats, a glove box that nobody puts gloves in and a cigarette lighter thing that does not light cigarettes, because this car doesn’t want you dying of lung cancer. Instead of dealing in death, the cigarette lighter magically gives life to iPhones and Droids and laptops.

Four doors. Four cup-holders, including two secret ones in the back, James-Bond style. A trunk capable of storing thousands of rounds of ammunition or cases of fine Spanish and Italian wine you picked up at Trader Joe’s for six bucks a bottle because you’re not some nancypants dipstick who drives a Porsche 911 and tells everybody he won’t drink wine that costs less than $120 a bottle.

The Kelly Blue Book proclaims that the Epic Black Car is worth $2,955.

I don’t know who Kelly is, or why his book is blue, but he insults the honor and integrity of this humble, hard-working car, which took me to Olympia and back, five days a week, often with the Gas Empty light on, for eight years.

It never complained. It never ran out of petro, no matter how hard I tried. It never blew a tire and left me stranded ten miles west of nowhere, also known as Elma.

The Epic Black Car — like the Dude from The Big Lebowski — abides.

Logging trucks tried to kill it by kicking boulder-sized rocks at the windshield. Drivers with hamburger patties for brains tried to sideswipe it on the highway. It’s happily hopped over roadkill from porcupines to a wolf outside Elma, close enough to Forks to make me wonder: Taylor Lautner? I can only hope.

Every deadly attack was foiled, leaving only scratches and dents. Nothing could kill this car. It is fast and nimble and invincible. If it wanted to, it could whip you up breakfast or pour you a martini.

I will sell this car to the highest bidder, unless that bidder is Mike “The Situation” from Jersey Shore.

The bidding starts at $2,500. I’ll take cash, checks, rounds of Dutch cheese or purple 500-euro notes, which look like this: 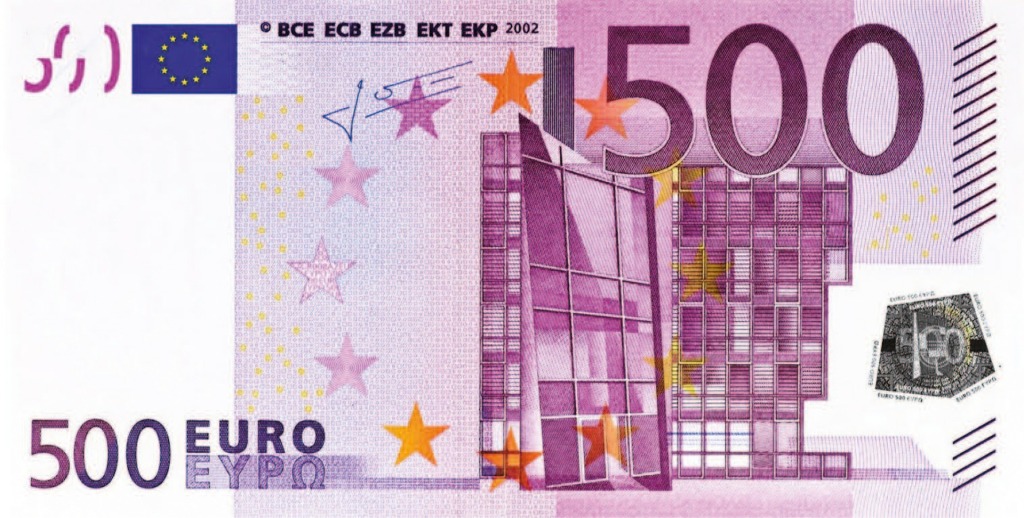 If you need a safe, cheap, reliable car — or have a college kid leaving the nest — this is your car.

If your name is Gordon Freeman, this is definitely your car. It has been waiting for you. I will hand you a crowbar and the keys.

If you have a high school kid who needs wheels, this is not your car. No. You need a Gremlin or a station wagon with fake wood panels that are peeling off, because such a car is the Most Effective Form of Birth Control Known to Man.

What you must do

Interested? Write a comment to this post and tell me why you are worthy of being the next owner of this fine piece of South Korean engineering.