HOUSTON—In an empty parking lot behind a suburban Cabela’s, they’re preparing for war.

There’s a retired Marine who did two tours in Afghanistan in the far corner, teaching five local men it’s better to pull the trigger on your AR-15 once and hit the enemy than empty the magazine in a “spray-and-pray” that only wastes a clip.

But the real secret weapon sits in a crate on the back of J.T. Derringer’s rusting Ford 150.

“There’s no way we can win a conventional war, not even with the Texas Guard, Chuck Norris and Ted Nugent on our side,” said Derringer, who called himself the five-star brigadier general of the Volunteer Army of the Republic of Texas. “And it’s damn near impossible to fight a successful guerilla campaign without jungles like ‘Nam or mountains like ‘Stan—so we aim to get creative.”

U.S. Army troops spent years learning how to spot and destroy IEDs in Iraq and Afghanistan, Derringer said, so that powerful tactic isn’t really an option for his rag-tag rebels.

But what about a mobile IED, one that’s low to the ground and remote-controlled? One that tends to jump up to four feet in the air when startled?

“If you drive these parts, you see plenty of armadillos as roadkill,” Derringer said. “That got me thinking, why not use their natural habits to our advantage, militaristically speaking?”

The first experiments did not go well. They successfully combined a pipe bomb, duct tape, the working bits of a cattle prod and a remote control taken from toy monster truck with two broken wheels, all items Derringer had in his garage. Those components worked, sort of. Pushing left and right on the controls gave the nine-banded armadillo a shock to the left or right, though their first test case simply jumped straight in the air whichever direction they pushed.

“That old cattle prod was engineered for steers that weigh more than my ex-wife,” Derringer said. “Far too powerful for a little old armadillo, so I don’t question why it ran scattered right under Johnny Lee’s new Tundra, hiding from all that pain and shock. I do apologize to Johnny Lee for how it torched his ride, though we had to tease him about maybe buying an American pickup with the insurance money.”

Derringer is also training the remaining platoon of armadillos for underground warfare.

“We read about the secret tunnels beneath Wal-Marts, the ones they’ll use for re-education camps,” Derringer said. “One tunnel plus one armadillo equals no more tunnels and a lot more freedom.”

When asked about reports that Jade Helm is simply a military training exercise, or that Texas was already part of the United States and not in need of being invaded and conquered, Derringer shook his head and spat on the ground.

“Isn’t that what you’d expect them to say, seeing how they’re lying?” he said. “I’d rather believe the honest patriotic journalists at World Net Daily and that Texas Ranger who witnessed saw trains with shackles. Plus, this morning Johnny Lee says he saw heard straight from his barber who read something online about Sarah Palin flying down from Alaska with a planeload of guns, moose jerky and night-vision goggles.”

Derringer said if his forces run out of ammunition and armadillos before Palin touches down, his backup plan was to base every brigade of his army within half a mile of the nearest Cabela’s, since it’s already “packed to the rafters” with tents, camo, boots, rifles and 5.56 mm ammo.

A separate team of trackers and hunters, he said, were out in the bush right now, gathering up a sufficient supply of armadillos for the coming Armageddon. 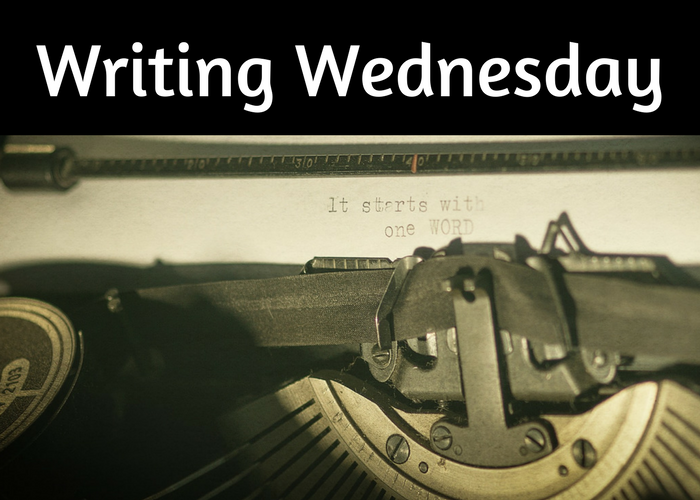 Every day, there are real stories in the morning newspaper that make you snort coffee out your nose or choke on a blueberry muffin. Note: This is why journalists call such pieces “muffin chokers.”

Yet the daily weirdness is more than funny. If you dissect these stories, you can learn deep storytelling lessons from the shallow end of the journalism pool.

Here’s a real story that just happened in my state: Man steals RV from Wal-Mart parking lot, leads police on wild chase. Swerves into sleepy little town where he knocks cars into front yards and such, then blasts through a house and crashes. Runs out, strips down to his underwear and invades a home to steal girl clothes. Cops catch him and haul him off.

This is pretty typical of a weird news story, and not simply because it started in the parking lot of a Wal-Mart — and yeah, go ahead, google “Wal-Mart parking lot” and “weird news.”

While you’re at it, google “7-Eleven robbery” and “trailer park ninjas.” It’s a thing, especially in Florida, though in Colorado somebody robbed a 7-Eleven with some kind of Klingon sword, and yeah, the clerk who got robbed knew exactly what to call that sword when the cops took the police report.

Great storytelling comes from the gap between expectation and result. Audiences, like kittehs, love surprises.

Your normal day is not a great story because there’s no gap. It is what you expect, and what your neighbor expects. There’s nothing shocking.

So let’s dissect the RV thief story and the rash of 7-Eleven robberies involving trailer park ninjas, to see why those short little stories pack so much punch. The gaps between expectation and result are all over these stories.

First, it’s a surprise for a criminal to prowl the parking lot of a Wal-Mart, or steal an RV, because as a smart person, you think, “If I were unemployed and desperate, and forced into a life of crime, maybe I’d steal a new Mercedes convertible, something I could sell for real money and drive crazy fast if the police chased me.”

You would not think to yourself, “Let’s go to a Wal-Mart parking lot, full of witnesses, and steal a ginormous RV that (a) could be seen from space, much less a police helicopter, (b) would be crazy hard to sell or hide and (c) is slower and less maneuverable than anything short of a logging truck.”

So there are tremendous gaps there on multiple fronts. You’re surprised again and again.

The same thing is true for trailer park ninjas robbing 7-Elevens in Florida, because smart, normal people think the only time they could imagine dressing up like a ninja is if they were an actual trained ninja, you know, in Japan, knocking off something worthy of their skill and trouble. Say, stealing $30 million in diamonds from a jewelry store in downtown Tokyo, then retiring from a life of crime.

Nobody with working brain cells thinks sure, let’s dress all in black, grab a cheap sword-like object and risk insane amounts of prison time for $186 in the till and a carton of Marlboro Lights.

There are similar gaps in stories like “Two men wounded in gunfight over Wal-Mart parking spot.” True story.

It’s a question of risk vs. reward. Would you risk your life over a parking spot at a bargain store? No, because you’re smart. Who cares? Get a different parking spot. This is like challenging a man to a duel in the alley because he cut in front of you in the line for Taco Bell.

The Darwin Awards are staples of the weird news business for the same giant gap between expectation and result.

A classic example: man tries to get rid of a mouse at his house (yes, it rhymes!) and throws it onto a burning pile of leaves. Mouse, on fire, jumps off the pile and runs under his house … burning it down.

Now, this story may not be true. Doesn’t matter. It lives on, as a fable, because of the huge gap between expectation (mouse dies in fire) and result (even in death, mouse gets revenge on homeowner).

The bigger the gap, the better the story. This is true not only in weird news, but any sort of storytelling: a novel, a play, a movie, whatever.

Another lesson from weird news: The Darwin Awards almost always involve the same elements, just about every time, yet those ingredients get mixed up endless ways and still continue to surprise us. The ingredients for a Darwin Award story are: (a) men, usually in groups, (b) generous amounts of alcohol, (c) firearms, explosives or dangerous wild animals, (d) vehicles and (e) famous last words, quite often, “Watch this.”

It is exceedingly rare to see Darwin Award stories involved women. Maybe because they’re smarter, or because the IQ of a group of men goes down by half every time you add another bro bringing a six-pack of Molson to the “let’s make a flamethrower to roast this nest of yellowjackets nest” party.

So the next time you see a weird story in the news, don’t skip it, even if it’s only three sentences. There is gold to be mined, and lessons learned. It’s no accident that Elmore Leonard, Dave Barry and Carl Hiaasen made a living basically writing about weird news and dumb criminals in Florida.

It’s great storytelling, and always will be.