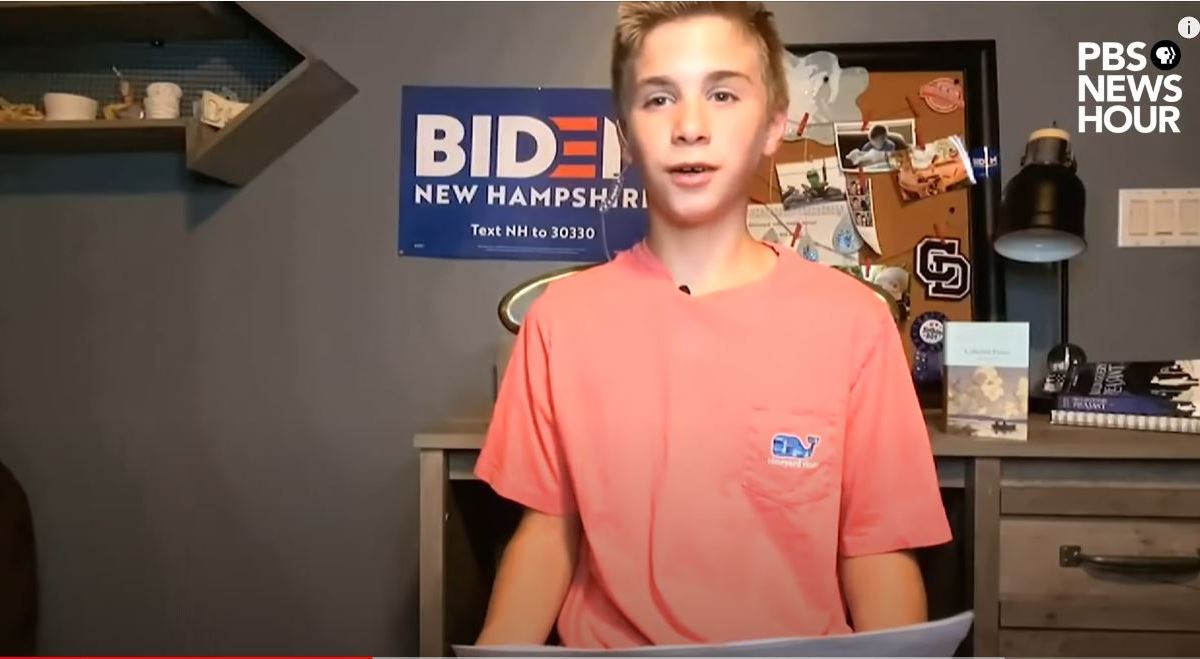 Brayden Harrington was the surprise star of the last night of the Democratic National Convention before Joe Biden’s acceptance speech. Which was also a surprise, one of the shortest speeches ever, and honestly one of the best.

If you haven’t seen the clip, here it is.

Why is someone cutting onions in this room?

I want to talk about why this brave young boy resonated with me, and America, so much.

Other segments made me verklempt, though I realize those pieces may have left different folks unmoved–because they touched on issues like Dreamers, racial justice, and climate change, and people have strong political opinions about those.

Brayden’s story is purely human. There was no political lens depending on who was watching.

And it’s because he struggled, and stuttered, that so many people talked about cheering him on from their living room, wanting him to have the courage to fight through and finish on live television. Knowing people might make fun of him like never before, on a national stage. Social media can be far more vicious than any school cafeteria.

Here’s another clip, an interview with Brayden and his dad by Lester Holt.

Bonus footage that’s a little hard to find: the moment Brayden Harrington met Joe Biden, and Joe talked about the two dozen stutterers he still helps, then asks for his phone number.

It’s not about talent

Listen: 99.9 percent of people struggle with public speaking. It’s the No. 1 fear when you ask people in surveys, ahead of sharks and death.

I kid you not.

Think about that natural fear and add another layer–stuttering, dyslexia–and speaking in public is exponentially harder.

Yet some of the finest speakers I’ve ever seen, or worked with, weren’t powerfully effective in spite of those challenges. They were better because of them, since it took so much hard work to overcome them. And they continued working, just as hard, on every speech. Big or small.

It’s not about raw talent. Not in public speaking and not in anything else.

The grit it takes to suffer and sacrifice and sweat to get better, even if you fail at first and people make fun of you. Grit is what Seahawk coach Pete Carroll keeps looking for–not raw talent, not athletes who succeeded at every level and attempt. Players who were undrafted, unheralded. One recent draft pick was homeless during high school.

Winston Churchill stuttered. He also had a habit of spending one hour of preparation for every minute of speaking time. That may sound crazy to you. It’s not. Not when you’re fighting for something that truly matters to your family or neighborhood.

I don’t think Brayden set out to inspire us all, and remind us what it’s like to simply be kind, and brave, and decent. But he did.