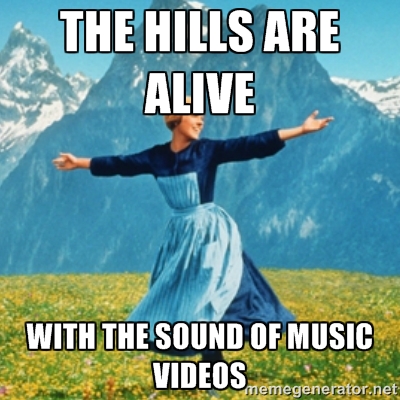 Weeks ago, I saw this video by Australian import (and model) Iggy and was blown away.

And now this song has hit No. 1 on the Billboard charts, and I believe No. 2 is … a song she’s featured on.

Note: don’t get overly worried about the warning at the front of this video. I believe there’s one brief f-bomb, which you’ll probably miss unless you listen hard, and there’s no violence or nudity or whatever. It’s the tamest video I can remember getting tagged like this. Maybe the folks who rate music videos need a middle ground, a PG-13 instead of making everything G or R.

What’s really interesting is why this video works so well. Watch and we’ll talk.

Here’s the thing: the entire music video mocks the movie CLUELESS, start to finish, yet it does it so skillfully that you don’t need to have watched Alicia Silverstone’s magnum opus to get the joke. I bet 80 percent of Iggy’s fans were maybe in first grade back then and wouldn’t know Alicia Silverstone if she ran them over in a silver Mercedes.

But Iggy does it anyway, and her attention to details is glorious. Check out this recap.

Even if you never saw CLUELESS, the video rocks. You can tell she’s making fun of the character she portrays, and everything about high school, but not in a snobby hipster way. She’s having fun the whole time, and that energy comes through. Great job, Iggy – give us more.