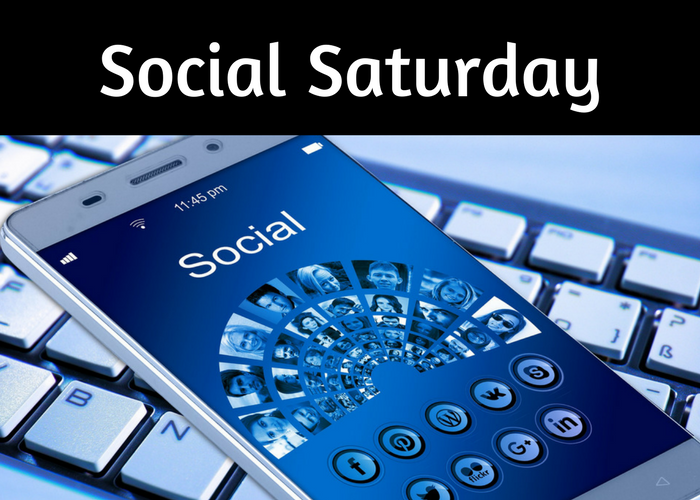 So, you’re a creative type — a writer of epic literary novels, an actor schlepping tables in Hollywood or a great artist in a black turtleneck who paints canvasses black because that’s HOW YOU FEEL about global hegemony.

How can you bust through and make it?

Who has time for all that sweaty work nonsense?

Here are my Top 10 Evil Tips for Authors, Actors and Artists.

As a creative type, you must properly suffer. True art does not come from being content. No.

The first step in suffering is living on a food budget of $25 a week. As a former reporter, I have done this. Unless you’re a Trustafarian, you also did this during college.

Nobody can eat on $25 a week without a heavy reliance on Top Ramen, which comes in the following flavors: beef, chicken, fishy shrimp something-something, salty, picante beef-whatever and extra-salty with a hint of I-don’t-know.

Also good and cheap: zucchini, which they damn near give away, and tofu.

9) Travel the world on the cheap and document your brilliance.

Nobody will take you seriously as a writer, actor or artist if the only foreign country you’ve visited is Canada, which DOES NOT COUNT. Neither does Google Earth, wise guy.

But how can a person with a weekly food budget of $25 see the world?

First, you must hitchhike across the country.

Are you on the East Coast? Get to San Francisco. Those living on the West Coast must sneak onto freight trains and ride the rails to NYC.

All you folks living on the farm in Iowa, growing corn and having long conversations about Hemingway with Bessie the Cow, well, you can flip a coin: SF or NYC.

Once you get to a real metropolis, visit all the free museums you can to soak up some culture. Then get on a tramp steamer that’ll take you to Amsterdam / Africa / Australia or some other foreign land that starts with A.

Stuff your backpack with Top Ramen — you’re gonna need it. Learn to eat it dry, like popcorn. Also, your clothes are not “used” and “bought from Goodwill for $2 a pop.” They are “vintage” and “rare” and “unique.”

While you travel, fill a Moleskin notebook with deep, thoughtful scribbles. Do this all the time: in your apartment, during smoke breaks at your job waiting tables at Applebees, on the tramp steamer heading for Amsterdam — just scribble away.

Great artists can say pithy things about anything, whether it’s the social dynamics of cooks vs. wait staff at soulless suburban restaurant chains or sunset from the deck of a cargo ship carrying iPods to India.

8) Take photos of your life, and your journeys, with a cheap camera.

Did your mom give you a fancy Nikon D3100 for your birthday? Sell it.

You’re a struggling artist, and nobody struggles when they’re using a camera that’s worth more than their car.

Find a camera that fits your lifestyle, something retro and vintage and cheap that uses this thing we call “film.” Will you have trouble finding places that still develop film? Yes. But a true artist will make their own darkroom and develop their own photos using Lysol and bleach or whatever as fixing agents.

Your photos are NOT blurry and out of focus. They are SAYING something about life that crisp, clear, corporate photos don’t have the courage to say.

Now that you’ve suffered, traveled the country and world and documented it all with words (“text”) and photos (“images”), you need to make your first real move.

Don’t do the usual thing of starting a blog, writing for a small magazine or acting in community theater.

You need to make a splash. To say something insanely bold, even if you don’t believe a word of it. To do what has never been done before.

Write a novel using only the letters on the left side of the keyboard. Putting a toilet on the wall of a gallery is boring — stick a PortaPotty with a real person inside up there. Do a one-act play reinventing Hamlet in a darkened theater where the actors are all wearing black ninja outfits while they speak German.

6) Find a patron and marry well.

Now that you did something insane, find a bored, rich person who was entertained by it.

Write a memoir about their life — or paint their portrait using six different types of soil from the farm in Nebraska where they grew up. Whatever it takes to stop eating Top Ramen.

A rich patron is great and all, but their loyalty is not guaranteed. Who’s to say they won’t start giving scads of money to the next hot painter or writer? The money spigot could be shut down at any moment. You can’t count on them paying the rent every month. Marry them if you can. If you can’t, find a pediatrician, dentist, torts attorney or business executive who does something boring and needs a creative type to balance things out, to provide a little spark and adventure and culture in their life. Also, to pay all your bills.

As a great artist, you’re not worried about making sure this person is “the one.” It’s expected that you’ll have five or six marriages and an insanely complicated love life. What matters is that (a) the gossip rags print your name right and (b) the bills get paid.

5) Make sure your ways are mysterious.

Other people write using Word, on a computer. Their successful habits include writing at least 500 words before breakfast and separating writing / creating from editing / polishing.

Those things put the B in Boring, and you are anything but boring.

Compose everything on an Underwood typewriter while (a) blindfolded, (b) drunk and (c) smoking unfiltered cigarettes from Morocco.

Paint your masterpieces while hanging from gravity boots and listening to Black Sabbath.

Your methods must be inscrutable.

4) Take up an appropriately impressive sport.

Hang gliding is not quite epic enough. Ultimate Fighting would have been great 10 years ago, but it’s too mainstream now for you.

Fencing is interesting and harkens back to the good old days, you know, when men who felt insulted grabbed a rapier or a pistol and tried to kill the other man.

Knife fights against rival artists would be perfect. Make sure you win, which means you should probably cheat somehow. Ideally, you’ll win a fight against your nemesis but get a wicked facial scar and maybe even lose an eye, so you can spend the rest of your life wearing a black eyepatch.

The truth is boring and bourgeoise, isn’t it? You’re above that.

Did you once get lazy and not mow your lawn for a month? Well, that’s not what you TELL anybody. You tell a reporter that any moral person should have objections to wielding a gasoline-powered instrument of death on defenseless vegetation, that only a heartless fool would decimate the habitat of millions of insects and birds. Then the next time somebody asks about it, you say that plants and insects aren’t truly conscious and you burned your lawn with a flamethrower as a demonstration of the existentialist absurdity of life.

Have you been faithfully married to the same person for 21 years? Oh, don’t tell anybody that. It is so suburban. Say you live in a free-love commune with seven other authors, artists and actors, and that you all sleep on a trampoline covered in fleece blankets.

2) Be obscure, difficult and deep.

Nothing says “loser” like being nice, direct and clear.

Give quotes and speeches so convoluted that you don’t even understand what you said. Abuse your underlings. Contradict yourself in the same sentence.

Wear sunglasses at all time while chain-smoking Gallouise Blondes in non-smoking areas, and don’t leave when asked. Don’t even leave when the police show up, because getting arrested is like having $100,000 in free press. You’re not a real celebrity until you’ve got a decent collection of mug shots on TMZ.

If you tell somebody you love them in the morning, you can’t say the same thing that night, now, can you? You hate them. Then the next morning, you love them again. Celebrate this new development by going on a five-day road trip where you sleep during the day at cheap motels and drive at night, taking photos only of different rest-stop signs.

Nothing boosts sales like dying. The tricky part will be coming BACK without ruining everything.

Maybe you were having a knife fight on a tramp steamer heading to Zanzibar when a rogue wave swept you overboard, and it took you six months to cross the Sahara and catch another boat back to the states.

Do this right and maybe you can finally afford to divorce Pediatrician No. 4.