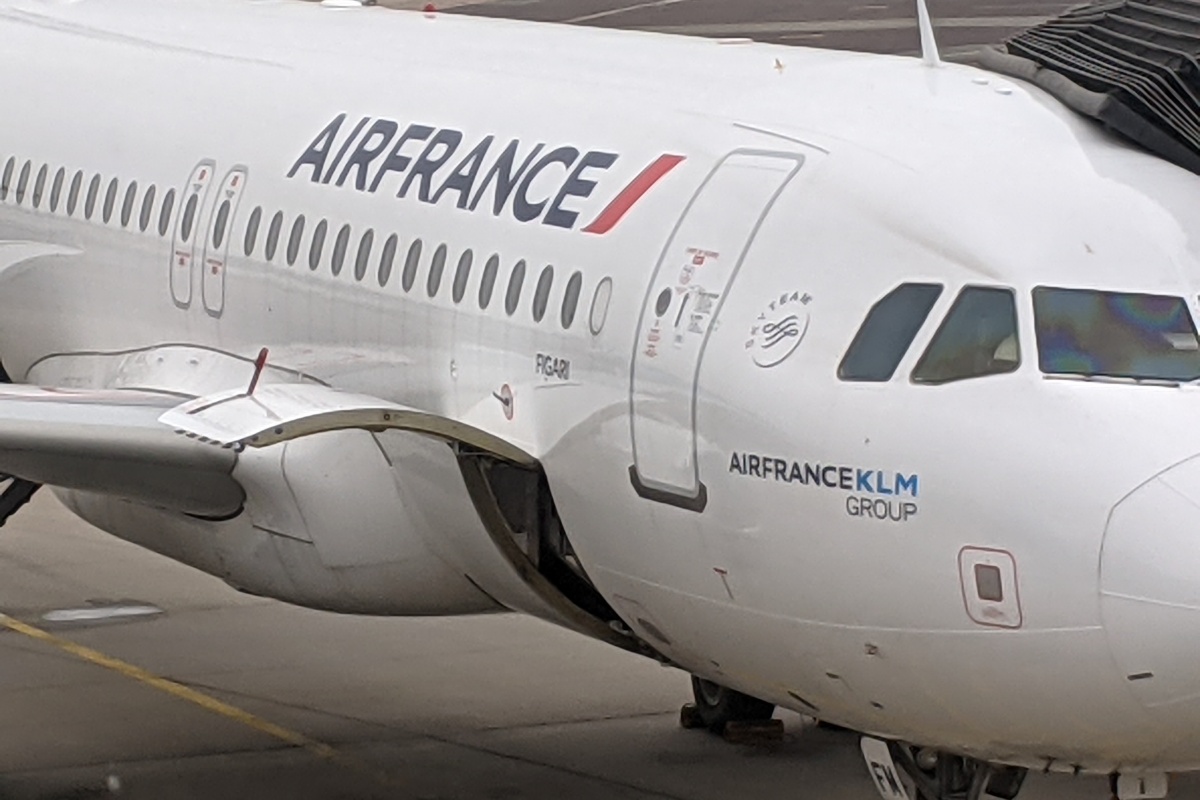 Time starts to lose all meaning when you fly overseas, because unless you’re going to the South Pole, the time zones blur and send you way forward in time (or backward, equally weird).

Compounding things: driving to the airport means two hours, plus three hours early for international flights, so tack on five hours to that twelve-hour flight. We took off in the afternoon, so by the time it was wheels down in Amsterdam to switch planes, it’d been 24 hours without sleep.

And in Amsterdam, the line for customs was INSANE. It stretched for kilometers, since miles don’t exist here, and got so long that the airport police freaked out. I kid you not. They all showed up, took a look at the line stretching to Denmark, and did some kind of Dutch magic on the bureaucracy to make the customs line absolutely fly. I still don’t know how they did it.

The Air France flight to Paris was not screwing around, with a male flight attendant happily arguing with passengers about proper masks. No cloth masks, only blue surgical ones, and they handed them out if you only had cloth.

I sat next to a television journalist from Paris on the flight, a man who’d covered wars in Africa and the Middle East, and it’s always wonderful to talk to somebody from the news world.

Trains are wonderful, except when they are not

The train from Charles de Gaulle to Paris started out fine. With every stop, more and more passengers got on until the thing was insanely crowded. All the travelers from the airport with giant suitcases started getting stink eye from commuters simply trying to get to work.

We formed rival gangs, and since The Jets felt natural for the airport people, locals went with The Sharks, and we had a dance-off with switchblades, except nobody got cut because they were too busy singing.

Once in Paris proper, it took another train to get close to our hotel, up by Mount Marche, then a hike because we were too groggy and sleep-deprived to figure out which third train to take for the station right next to our hotel.

It does not take long, when dragging your luggage after 36 hours or whatever of travel, to learn you don’t want to haul that luggage another mile or two. We grabbed a taxi. Best decision ever.

TL;DR – When you arrive with the luggage, get a damned taxi, even though trains are great. Kthxbai.

Nothing is better than dinner outside on a busy Paris street

There’s something magical and unique about eating at an outside table and watching street life in Paris.

It never gets old, no matter how many times I’ve done it.

We were absolutely sleep-deprived, and common sense said to unpack and sleep. Nope. Having a good meal, outside, put a capstone on the Getting to Paris part of the trip.

I believe this should be the law. You can’t crash at the hotel right off. Getting a good dinner, or even a snack, along with a drink–that is required.

Next post: I hear there’s some art in this town